Less weight, increased reliability, improved performance and handling. These have been the key elements behind the development work carried out by Husqvarna engineers on the new 4-stroke Motocross models for 2010. Improvements to these factors however have not been allowed to affect the Husqvarna off-road look that sets these machines apart from the competition and that features exclusive design. The TC 450 and the all new TC 250 will meet the demands of the MX enthusiasts. These bikes are true replicas of the machines raced with great success by the official Husqvarna Teams in the World Championship series.

The TC 250 is a completely new, revolutionary machine. The biggest innovation is the new 250cc engine that, at only 22kg, is without any shadow of doubt the point of reference for this category. Compared with the previous engine, the distance between the primary transmission and the centre is decreased by 16% and the distance between the gearbox and the centre is reduced by 7%. Length width and height have been decreased by 13%.

The single cylinder water-cooled four-stroke engine features 4 radial valves while bore and stroke are 79mm and 50.9mm respectively to give a capacity of 249.5cc. The engine breathes through four titanium radial valves driven by twin overhead combined chain/gear drive cams. Wet multi-plate clutch, 7 driving plates - 6 driven and a five-speed constant mesh gearbox taken care of the transmission. Both engine and gearbox combined hold approx 0.9l oil. The dry weight of the new Husqvarna is only 92kg thus adding to its appeal and performance.

The all new TC 450 will be available around July/August, the all new TC 250 September/October. Dates are to be confirmed closer to release date. Price will be announced later prior to release. 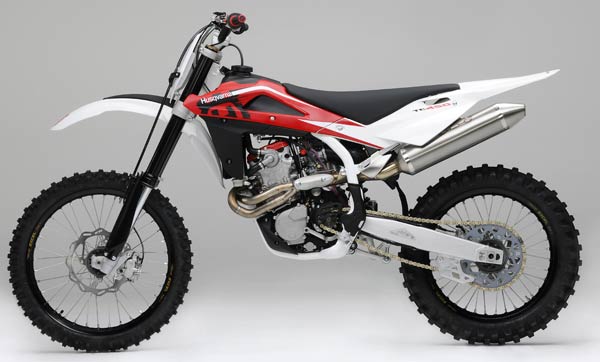 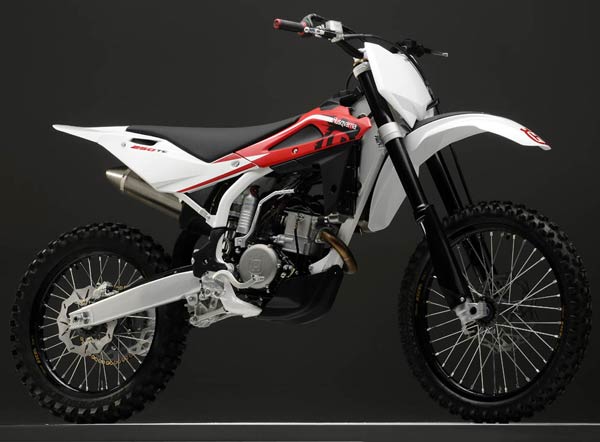